What else in the world can you say that about… I went to the mall for my birthday and picked up this pop n cookin set, one that was quite a popular feature in 2013 youtube videos, just looking at the box in the store I could see the videos of them mixing the candy in my head. It was $7, so I bought it, even though I knew it was gonna be barely edible. 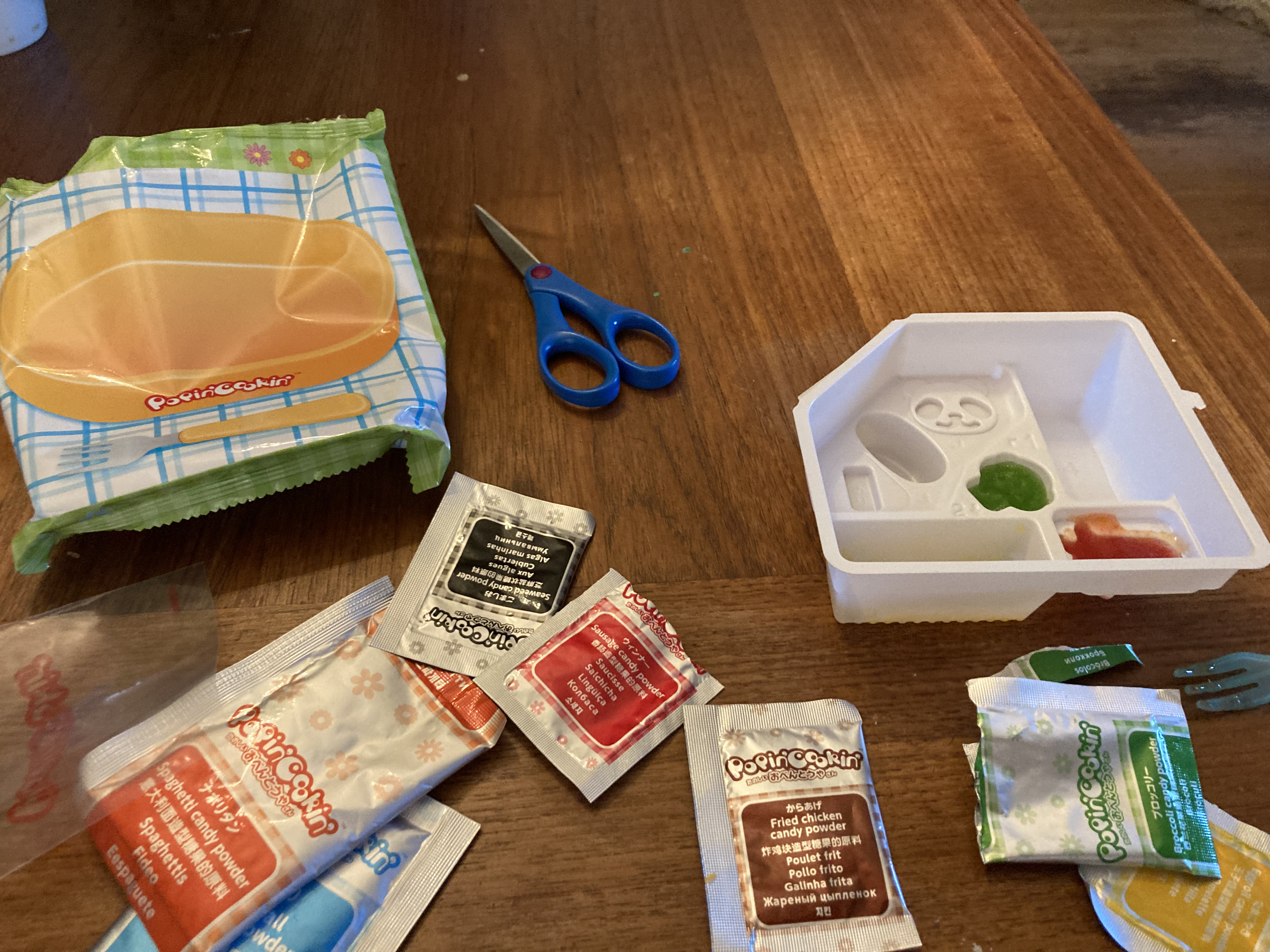 Here are some pictures taken while I was in the process of making it. I had my sister help me. The taste was much worse than anticipated. I knew it was gonna be bad, but not that bad. It is incredibly hard to eat even just a nibble and not feel nauseous. I really liked how the fried chicken resembled real chicken, and the consistency of the rice was quite like sticky rice. Too bad it all tasted horrible though. I would say it’s more of a texture thing, but not really, the taste itself is not great either. A fun experience, it makes you feel like you’re back in 2013, but not edible whatsoever.