This morning, I enjoyed my breakfast while watching yu-gi-oh. I was rewatching the legendary heroes episodes and the dungeon dice monsters episodes, I think I have these all on dvd, but I was watching them on netflix kids. The show is really funny, and the influence and marvel the 4kids cast has provided me from my childhood to now is appreciated. I like that they only had a few voice actors for many shows, yet made it work somehow. In Pokemon, the voice actor for Misty is also the voice actor for Jessie and I believe some other characters and Pokemon. Brock's voice actor (and James') is the same as Seto Kaiba's voice actor. I like to think back on 4kids' operations and feel thankful for everything they've done for so many kids watching television (that's so many kids). I got the dvd "pikachu party" as a kid and enjoyed listening to these talented people talk about stuff I didn't understand. How could Misty and Jessie be the same person?! Anyways, reminiscing aside, I had a fun time rewatching these Yu-gi-Oh episodes (The Virtual world saga (3 eps.) and The dungeon dice monsters saga (4 eps.).

In the virtual world saga, we get to see Seto Kaiba's JRPG/MMO prototype be used against him. His imaginative world features references to not just generic JRPG settings, but includes references to Final Fantasy (Think chocobos), and Ghilbi (the castle in the sky, the flying ship, although that ship could be a reference to that one jrpg that I've misplaced the name of in this moment..). Kaiba creates a tropey jrpg world, complete with a princess who you must save, who he modelled to look like his younger brother, Mokuba, which becomes infinitely more funny in the scene where Mokuba and this Princess (Edea?) swap clothes for no other explained reason than "he wanted to". Kaiba then gets greeted by the second sacrific, the princess, or so is thought, but really it is his unlucky brother, who is not unlucky for the kidnapping in this case (happens to him all the time), but now he has to face his brother, dressed in the clothes of the character that his brother modelled after him. It's very funny, but the show does not. elaborate on it, it's left up to you to draw your own conclusions and laugh. Overall, a good fun set of episodes to look back on. I believe there is a similar saga later in the series, not Noah's virtual world, but another one... 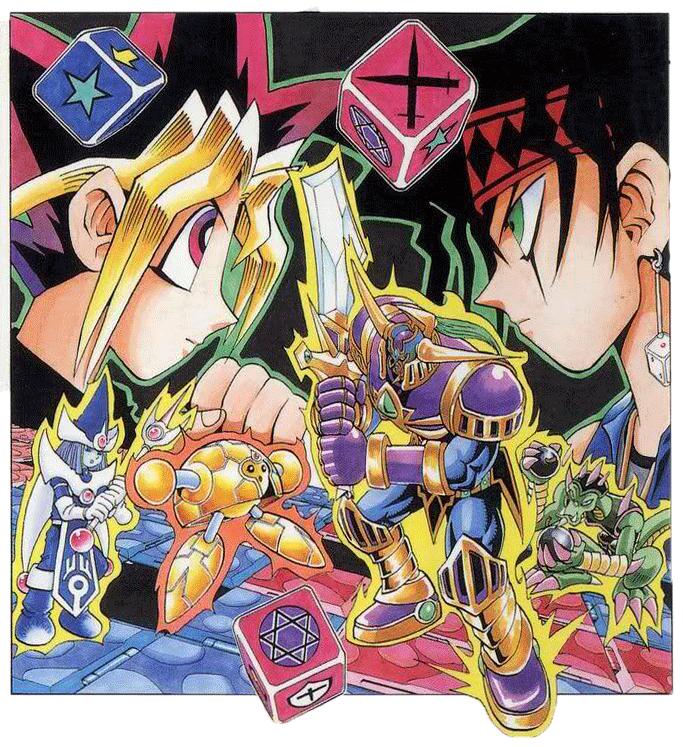 Brief synopsis before I give my words, Yugi's grandfather's livelihood as a small business owner is threatened by a new, cooler, game shop opening across the road, Yugi and Téa visit it, against the word of Grandpa Solomon Moto. The game shop is huge and legend has it owned by a teenage boy who made his own game, dungeon dice monsters, who Yugi, Téa, Tristan, and Joey then encounter in highschool. 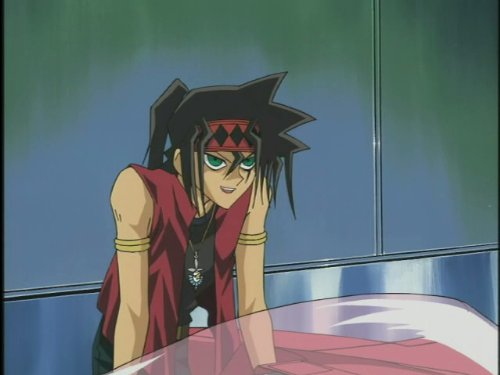 Duke Devlin, adorned with his troop of fangirls, is introduced to us as some hot-shot pretty boy who knows he's hot, much to Joey's annoyance, which ends up roping the gang into a Joey Vs. Duke Devlin duel, the stakes: Joey's Pride and Duke Devlin's game shop. Synopsis done. These episodes are the some of the only appearances of Yugi outside his school uniform (other times include him briefly in swimsuit in season 0/manga, various armors in a few arcs, Téa date episode, and Darkside of Dimensions). Yugi's fashion sense is definitely an interesting aspect of the series, and this episode is one of the first times we're shown that Yugi can willingly change his clothes, he just chooses not to. 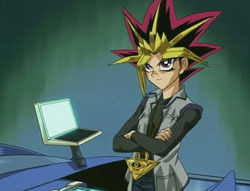 Yugi's special outfit for these episodes, I would've much rathered a picture that wasn't Yami Yugi, but oh well... 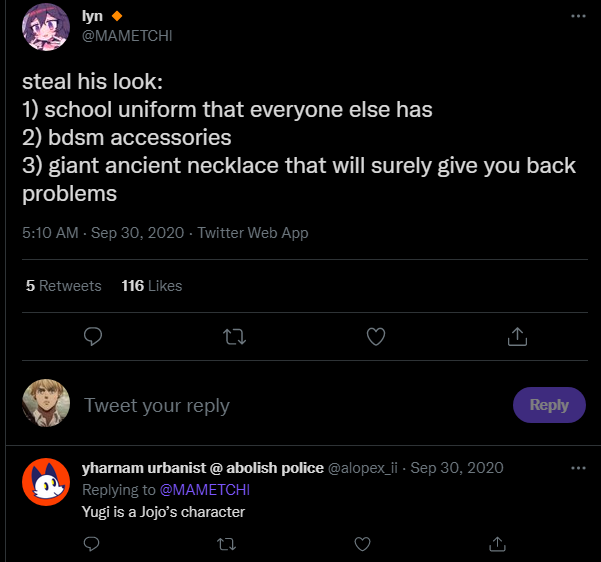 Joey also has a special appearance in these episodes. After losing to Duke, he keeps his side of the bet and has to dress in a dog suit and act as Duke's dog slave for a week (???). This is a common theme for Joey in this show, particularly in this first season. Joey has a nightmare of having to do a similar thing for Kaiba, early in duelist kingdom. 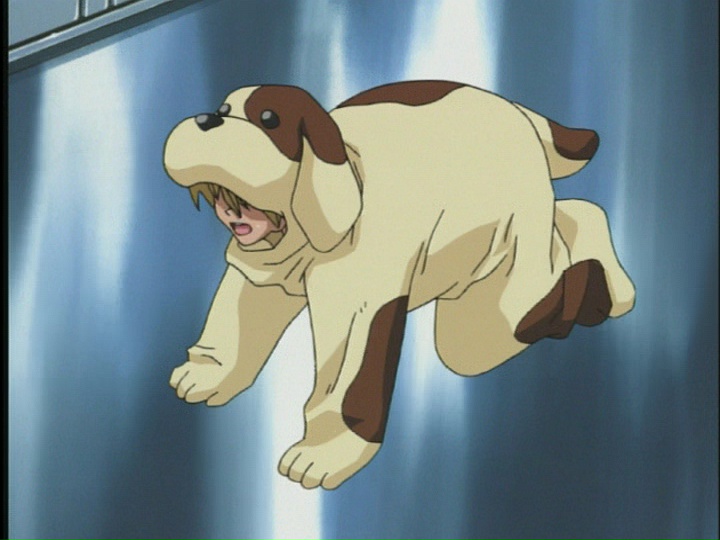 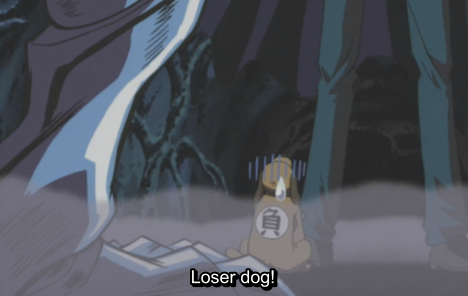 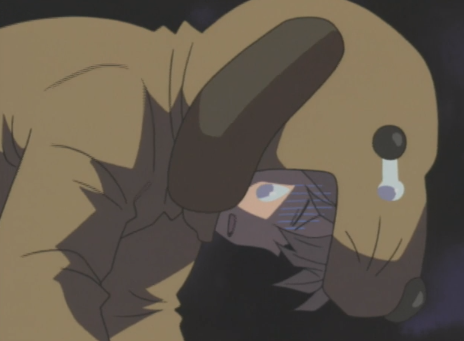 These episodes show Yugi playing Duke Devlin's new game "Dungeon Dice Monsters". It's an overcomplicated dice version of duel monsters. The game was actual released as both a gameboy advanced game and an actual board game, so try it out (if you dare!). Mokuba's favourite, capsule monsters, was also released physically, although I believe it was Japan only (a shame as those pieces look much funner to own than Dungeon dice monsters). Duke Devlin harbours a sour attitude to the gang, believing that no one could have possibly beat Maximillion Pegasus at his own game, thinking that Yugi must've cheated during duelist kingdom.

That's all I have for today. To read more about yu-gi-oh episodes, I recommend this site. Bye for now!