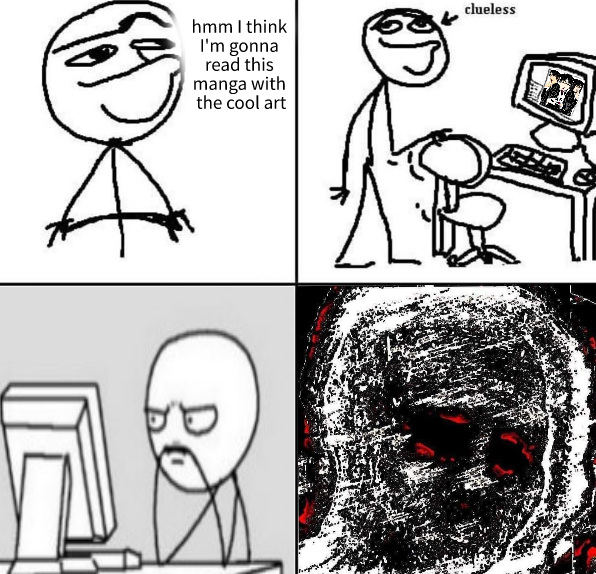 What happens when “Dark Lord”-type Chuunibyou follow their dreams 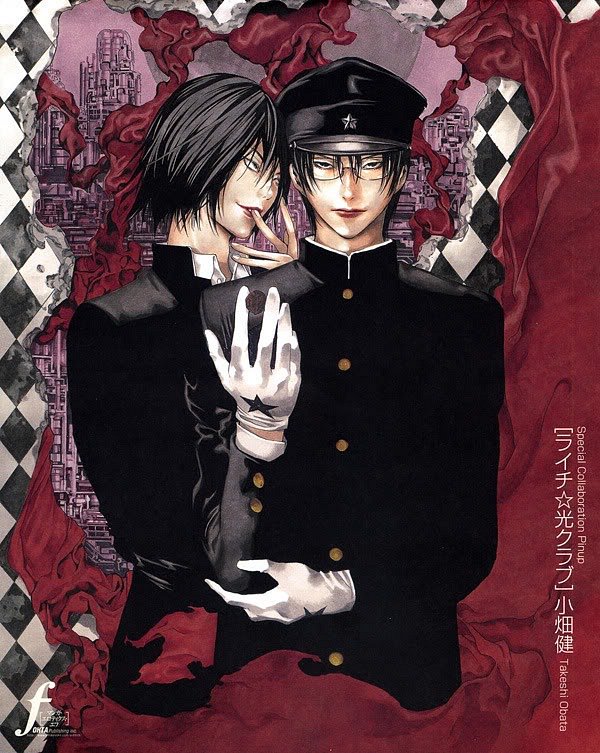 An ilustration of two of the main characters, a collaboration effort courtesy of Takeshi Obata, and the first thing I saw of this series.

Reading random manga is all about accidentally finding the worst shit that will scar you for life, we all have that one manga we read age eleven on some sketchy app/site that has altered us as a person, for the worst. Enter Litchi Hikari Club, a manga I just read that is definitely one of those fucked up ones. I frequently saw art from this manga being featured on the aesthetic posts of 14-year-old girls, and now I am concerned for today’s youth. Litchi Hikari Club tells the tale of a gang of highschoolers who like to speak german and torture civillians for being “ugly” and “old”. Zera, the protagonist obsessed with Elagabulus’ reign, creates a humanoid robot to be his ultimate accomplishment in life, with the utility of it kidnapping girls for the club to keep as property. The robot, Litchi, finds a girl he finds beautiful and kidnaps her for the club. The girl wakes up on occasion, inbetween the clubs regular activities, and speaks to Litchi the robot, and tries to help him become human. The girl hates the “gross boys” and loves Litchi, who she teaches hymns. The lychee fields in the area get set on fire in moments of betrayal, seemingly sparked after a member saw Jaibou (some pretty boy member) and Zera having intimate moments. It ends in endless wrath and bloodlust from Zera, attempting to kill everyone, leading in everyone’s death, aside from the girl, Kanon, who kisses Litchi’s “dying” robot “lips”.

I’ve skipped explaining the details of graphic gore, violence, and sexual assault in the story, but this sure is one hell of a ride. I found it hard to stop myself from reading on, but this is surely some gross stuff straight from the beginning and I’m not even sure if I should publish this article. Gonna read the prequel series now. I did enjoy the 4koma at the end though, I will admit. I found these translator notes quite comedic.

These two volumes (more than the original) tell the origin tale of the hikari club, innocent outcast children hanging out with each other in their secret hideaway, who would’ve thought they’d become so vile? The tale tries to show the exact point the club noticed Zera turn into the sinister figure he is in the original. At the point they find him changing, in private, Zera is reading up on Elagabalus and Hitler, inspired by a fortune teller telling him that he possessed a “black star” that not even Hitler could achieve (who exactly is this fortune teller?). Focusing on Elagabalus’ infamous acts and Hitler’s usage of Gestapo, he begins to plan. He uses his research to decide to rule the world by thirty, and to begin exercising his plan when he turns fourteen, how should he occupy his time until then?
He paints a black star in the base and explains his plan for world domination-making a cool robot!!1!1 The hideout assembles their “gestapo” and coordinates their plans to build this robot for world domination.
Time skip, they’ve militarized their group schedule for operation, and have a mission statement against aging-maturing=death. The main characters hit puberty, something the protagonist hates. He meets a student in his class, known for being a physician’s son, with the hobbies of injecting things into his friends and mutilating animals. Enter Jaibou. 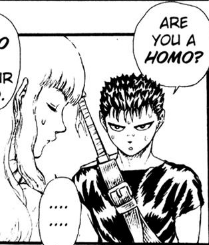 Jaibou is attracted to Zera, (Jaibou is the one who names him “Zera”), and kills any animals who may inconvenience Zera. Zera is like okay but you could just uhh suck m- Some fucked up shit happens and the kids get injected with an agent that aids in brain-washing (?) in order to ensure their allegiance to emperor zura (the strategy of relinquishing the leadership of Tamiya, the founder of the club). Zera gets restless, and then after some pondering, decides he’s into chicks now, after all. Zera tries to explain his esoteric-anti-pubertism to Tamiya and Tamiya is like hm maybe murder is morally broke.
Volume 2, Chapter 11: If only Freud had seen this. The story ends with a story of the three original members hanging out with Tamiya’s younger sister, breaking all the “rules” Zera has made, and having fun. The peace does not last, bringing us back to Tamiya killing his friend, something we saw in the original series.
T̶h̶a̶n̶k̶ ̶g̶o̶d̶ ̶i̶t̶’̶s̶ ̶f̶i̶n̶a̶l̶l̶y̶ ̶o̶v̶e̶r̶ Nvm I’m gonna watch the anime to review over on my short-runtime-anime page. 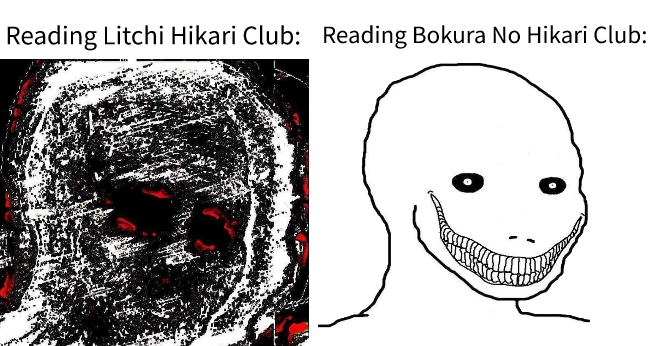 Although the vulgarity of its beginnings were quite off-putting, I was fascinated by the series’ second part, Bokura No Hikari Club, which is seemingly the story’s final and definitive edition, as much as the original is interesting. I found myself thinking about this story days after I read it, lingering in my mind (See, I said it’d be one of those unforgettable manga). It is enjoyable horror, although at sometimes certain themes make it an uncomfortable read, all in all it is an interesting story. A story about the fear of aging, equating adulthood with degeneracy, and an off-beat protagonist. I think in general, I have to admit, at some point, that I enjoyed it. Maybe the bits I was fascinated with are rose-tinted only in my mind, but I definitely feel like this series is a fascinating read with those who are okay with the certain objectionable themes. The themes do feel like they are there for edgy shock value, I admit, but do not let it take away from the rest of the story, too much. What does it mean to be young and to let your mind run free with all the new information the world is giving you and the new experiences your changing body is giving you? To form ideals and a framework, to think that you’ve found the ultimate truth, yet you’re so young, but brilliant. The horror of youth-supremacist groups has been presented to us in this dark manga, and I think I’m a fan. 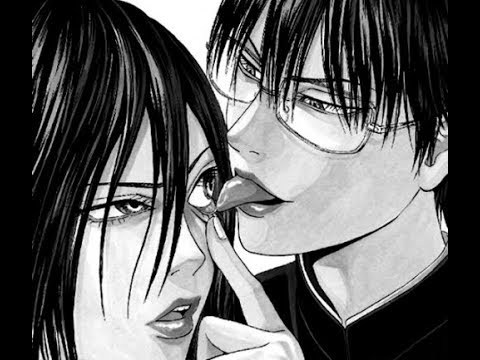