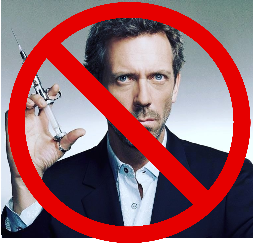 Dr. House is just an asshole. Not a charming asshole. The way he has no genuine concern for the negative impact he’s causing to others is terrible. The show becomes unbearable with him as the main focus, after a few episodes you really realize, huh, there’s nothing to it, he’s just a rather awful person. Complete disregard to those around him. He does surgery on himself and in general I just don’t know what’s going on. He’s the type of guy people say “I can fix him” about and we all know damn well that that’s not gonna happen. The asshole doctor guy from scrubs is 100x more tolerable, even lovable, and I know I shouldn’t pit two beautiful grumpy old men against each other, but I am. Don’t say I only feel this way because I don’t “get” him, oh I get him alright, that is exactly why I hate him.