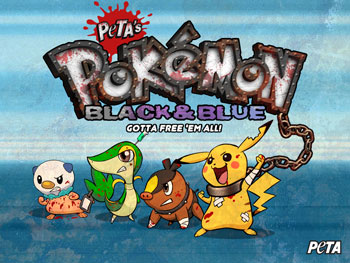 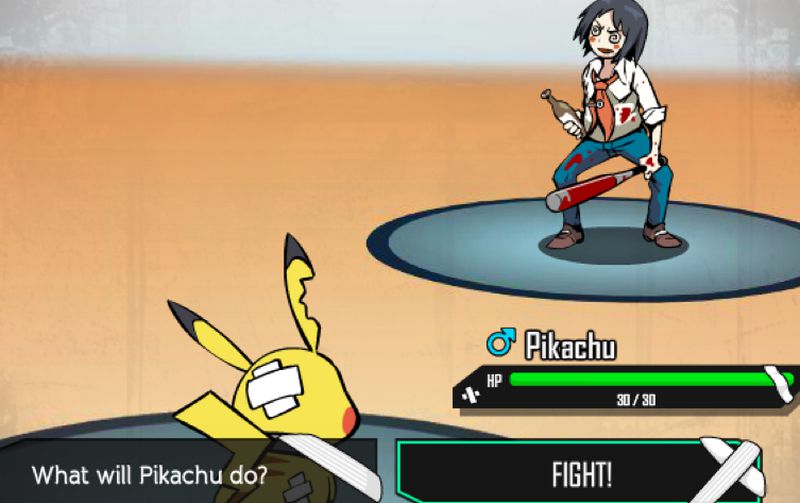 The game starts off with you playing as a Pikachu battling Cheren, an alcoholic abusive ex-trainer whom you have just escaped from. Here we will learn to fight violence with violence and we have to beat up Cheren until he lets Tepig also escape. The game is just a simple Pokemon battle simulator. Whoever made this is extremely familar with the Pokemon games it seems. Also you can name the Pokemon who join your party. I named mine after N, because there is a scene in the Pokemon manga where White's Pokemon leaves her to be with N in a similar context (Pokemon Liberation). Unexpectedly the Pokemon faint, rather than die. I would have thought they would make it overdramatic and make the Pokemon die when their health reaches 0, however this is surprisingly not the case. You run into the professor and she attempts to "Punish" you for escaping. Also the Pokemon can talk? You run into Nurse Joy who says there are others like her who want to help Pokemon. Next you encounter Ghetsis who you question, "Didn't you want Pokemon Liberation?" to which he responds: 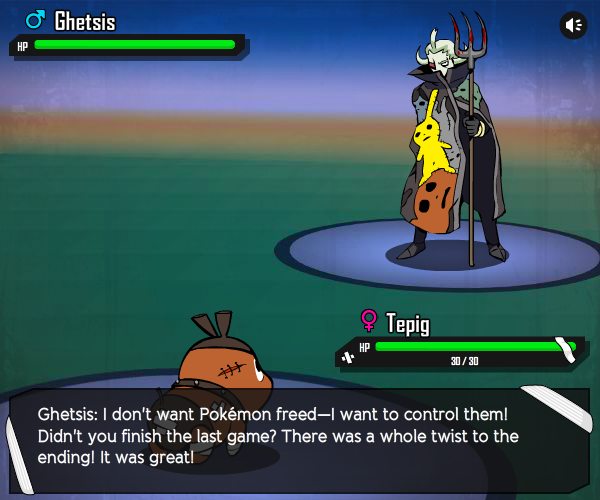 maybe he's right. I don't remember the end of Pokemon Black, it has been years. There are some funny lines like this featured in the game, which is the only thing that makes this enjoyable. 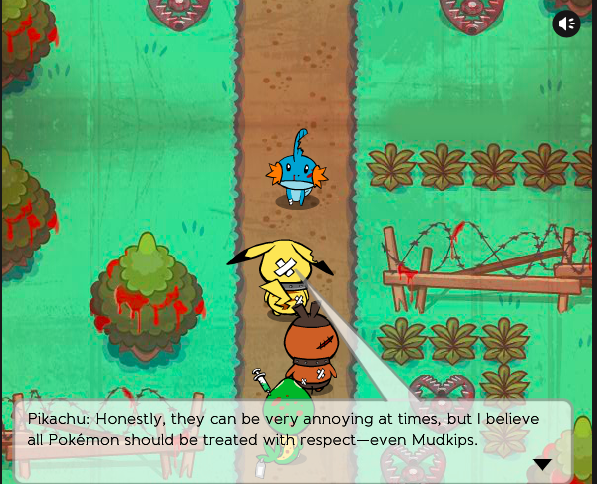 Even mudkips.
Eventually you come across Ash Ketchum himself. Why is he in this game? 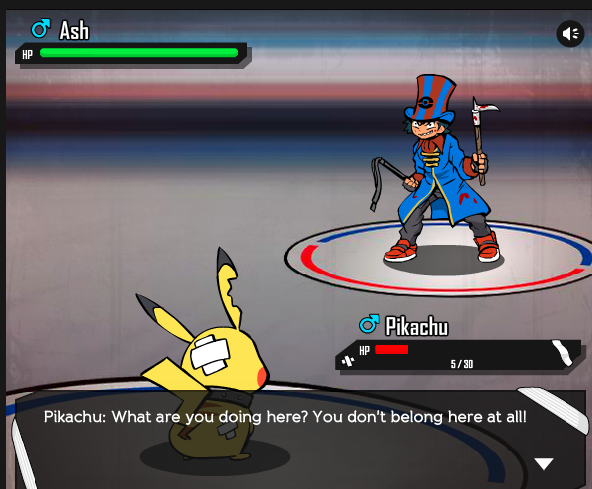 Apparently, he's here to get Pikachu back, to provide the entertainment industry with more Pokemon goodness. Eventually you beat the game and PETA asks if you want to share their video message. No.. I do not, however I am against animal abuse, I just don't think showing it, making disturbing content, and killing animals is the right way to do it. Also I made A youtube video playing the game so if that's your thing...