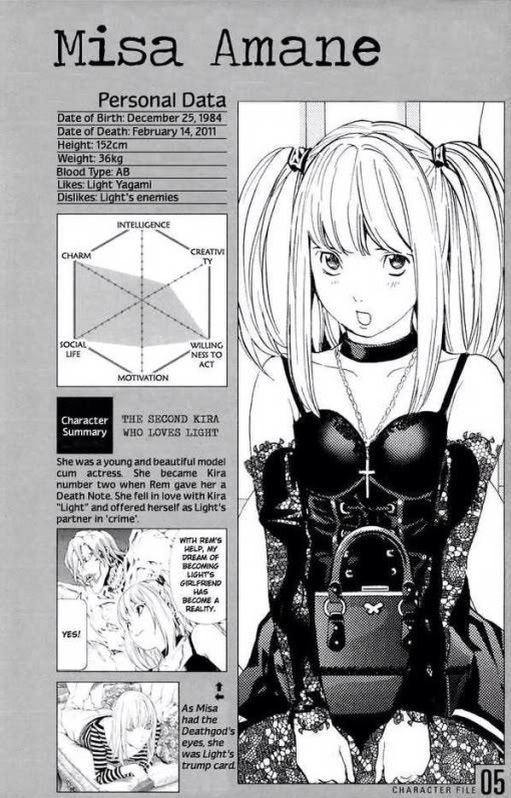 Misa Misa is starring in a film soon!! kya! I can't wait ^_^ ahem.. anyways. Misa Amane is a character in death note who is left parent-less after a murderer gets her parents. Misa, who has an interest in the occult, hangs out with her friend and makes occult inspired things. One day, KIRA, who she admires, happens to choose to kill the killer who killed Misa's parents. Eternally grateful, Misa worships KIRA and hopes to meet him someday. Misa, unknowingly was protected by a shinigami, Jealous, who was in love with her. Another Shinigami, Rem, falls in love with Misa, and gifts her the death note, probably so Misa can happily meet Light, or maybe Rem just wanted to talk to her. Misa meets Light and it is revealed she's a magazine model, which is a thing in Japan, and was definitely popular at the time. She teams up with Light, romantically and as the second kira, much to Light's opposition. 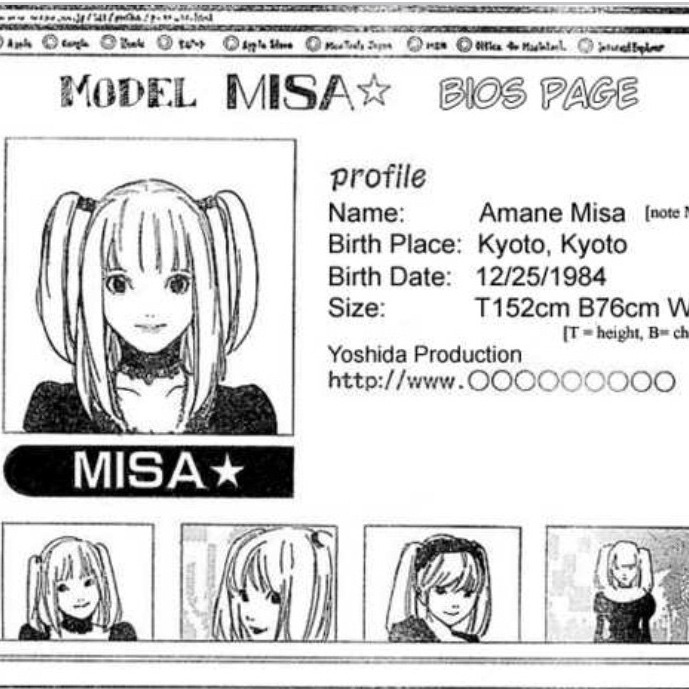 Misa has an interesting fashion style, a style I've referred to over the years as "Misa amane-core" or "Avril Lavigne-core". It's mallgoth with harajuku inspiration. Sometimes she dons full gothic lolita coords. Lots of the cool kids of tiktok are now actually donning a similar style (the tiktok one feels slightly more avril than misa if that makes sense), not that people didn't prior, it's just more popular than it ever has been. It's often directly inspired by Misa in Death Note, and I think it's fun that people really are just dressing how they like, even to the extent of fulfilling their childhood "I want to dress like Misa" musings.

Here's some images of her many outfits throughout the series. Click to see full image. Also here's a twitter thread of her outfits. 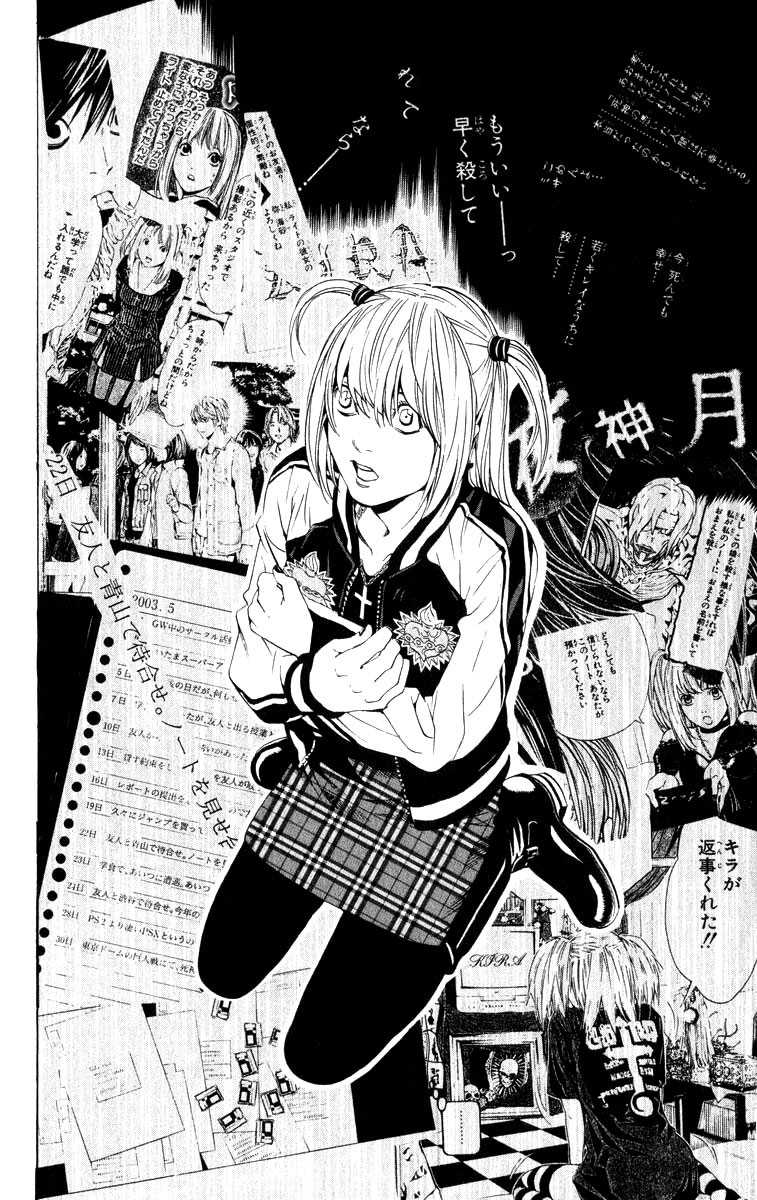 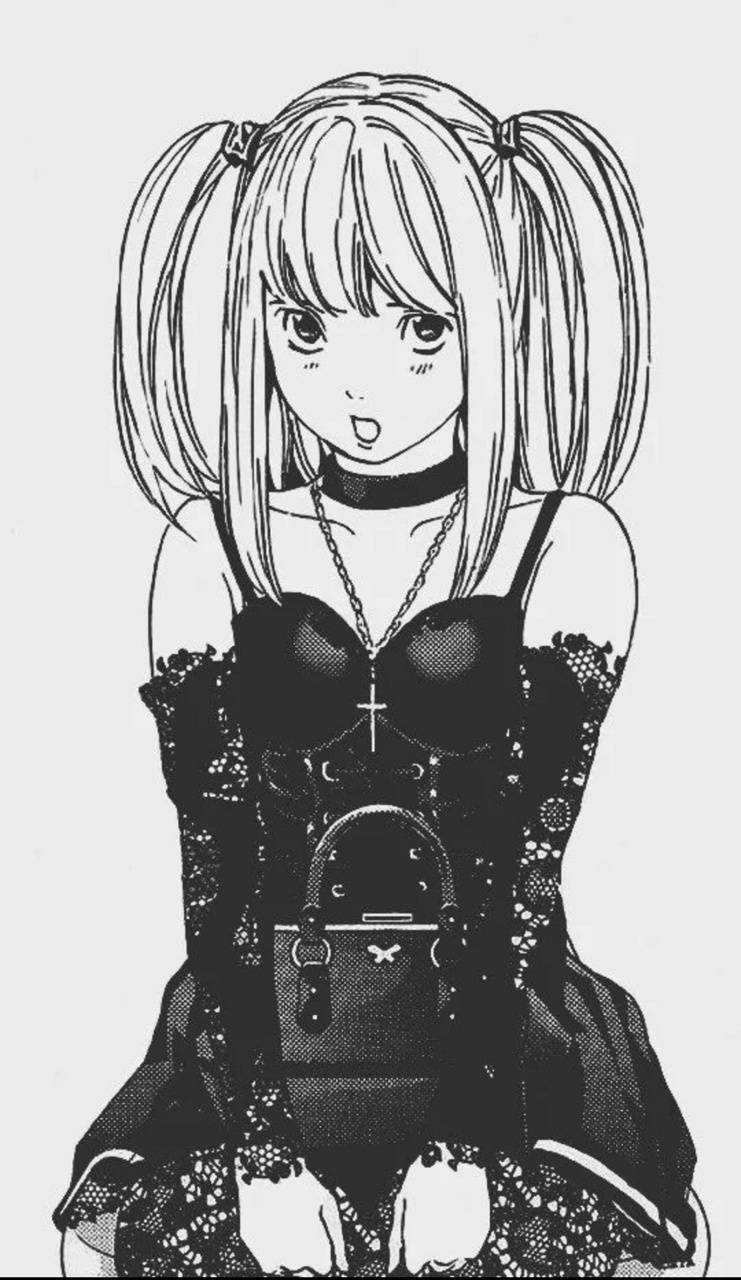 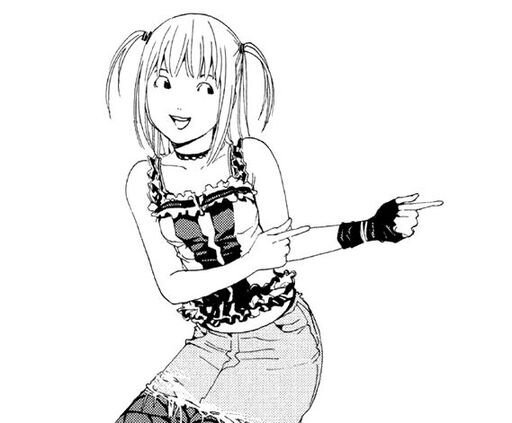 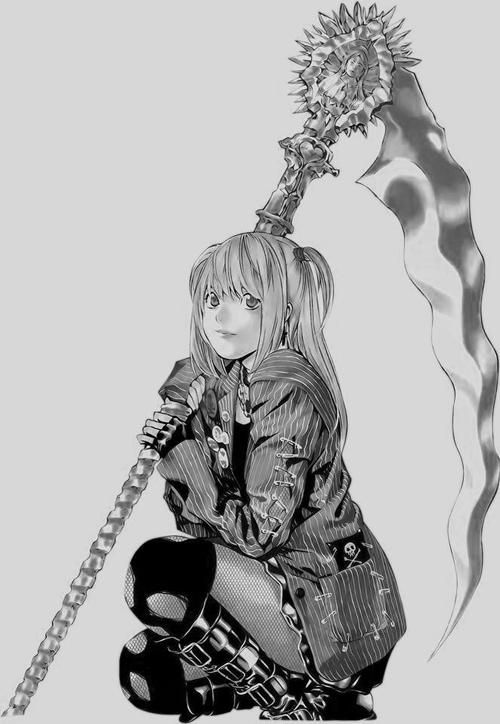