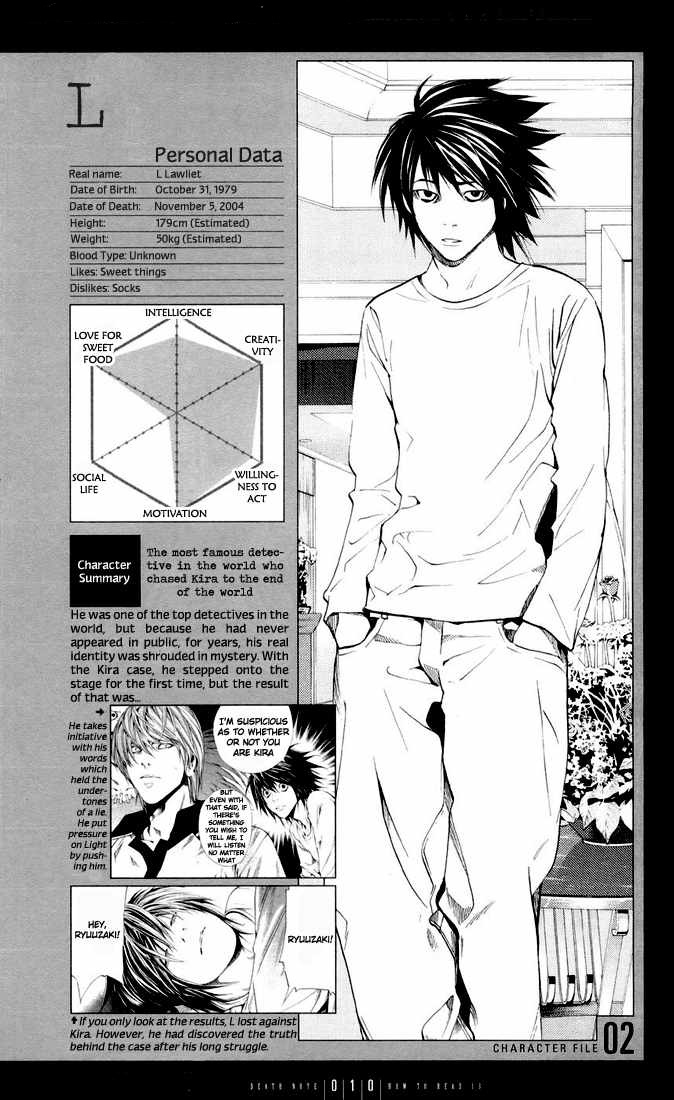 The famous detective, L (Real name witheld), who's never been unable to solve a case, is assigned to solve the Kira case. Incredibly, and comedically terrible for Light, L narrows down Kira's location to the Kanto region of Japan by simply airing a TV program in the area. L is childish and hates to lose. He has similar traits to that of Light, which causes them to get along/want to kill each other. He's often found eating sweets, infact there's a list of these things that are all seen in the manga, included in volume 13 (I'll compile the list on here later lol). L sits kinda weird, which I can relate to lol. He claims his way of sitting improves his thinking, and that he thinks so much it burns lots of calories, also he's a liar. 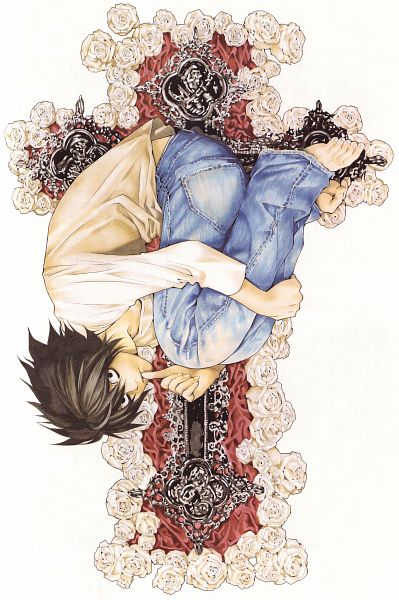 L was raised in an orphanage for gifted kids located in Winchester, England. It is here he met Near, Mello, and Watari, who are other major characters in the series. After L leaves the orphanage, to be three detectives at once, Near and Mello are chosen to be his successors, if anything were to happen. 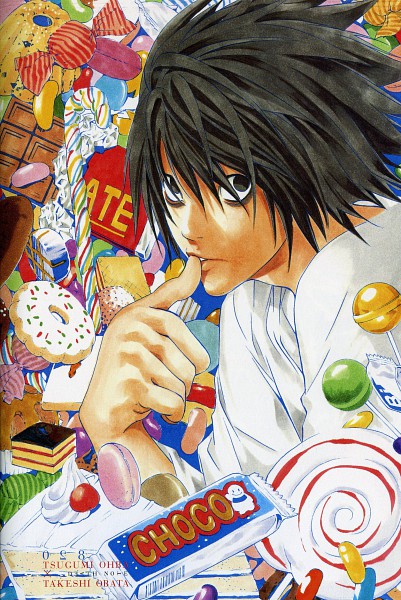 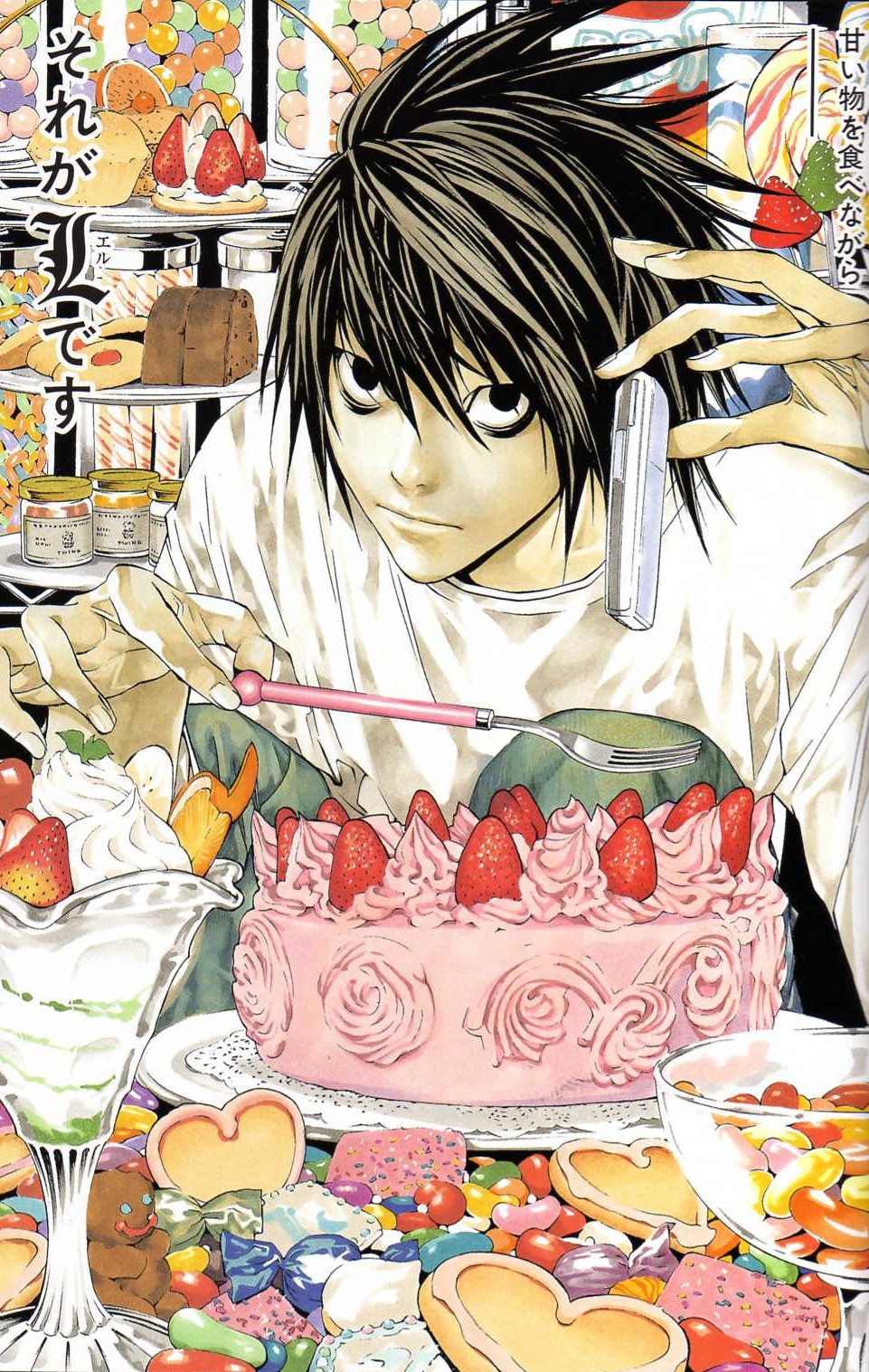