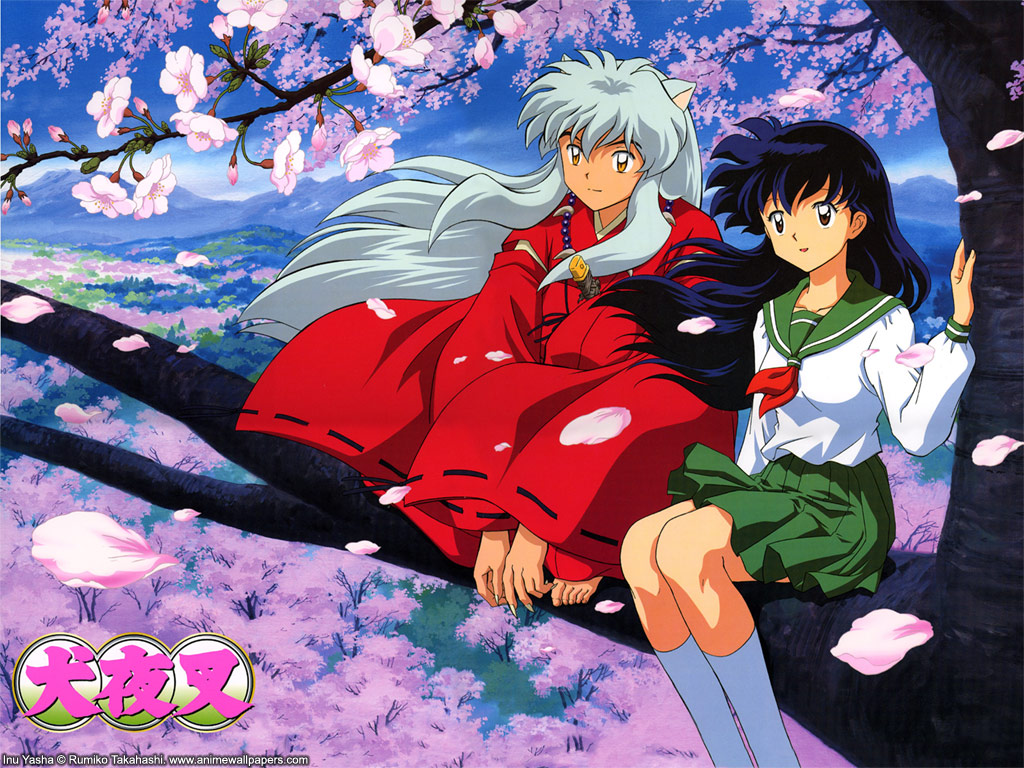 Welcome to my Inuyasha page! Fifteen-year-old Kagome Higurashi falls down a well while looking for her cat, Buyou, when suddenly she's transported back in time to feudal era Japan. She encounters a centipede demon, desperate for an ancient jewel hidden inside of Kagome, when she's rescued by a half-demon, who also wants the jewel. Enter Inuyasha, a half dog demon half human. While the jewel is being stolen, Kagome accidentally shatters it into millions of pieces with an arrow. Kagome and friends must work together to put back together the jewel--before Naraku can. Inuyasha, a feudal fairtytale.

My first encounter with this series was probably when it was airing on TV, but I didn't really get into it until I bough the DVD box set to the first season at my neighbours garage sale for 25 cents when I was 7. I assume my neighbour was a big fan of the series, and she was likely the person who painted the sesshomaru roof tile in my elementary school (amongst the many other anime roof tiles including: naruto, bleach, pokemon, fullmetal alchemist, clannad, etc. lol). Anyways I got home and popped the DVD in and had a great time lol. My sister would then later watch it with me, and the series is most likely her favourite to this day. I watched the English Dub, of course. I have seen some of the Japanese, but mostly just English dub. "Toto, I don't think we're in Tokyo anymore." and more iconic lines from the dub. My favourite characters are Shippo and Miroku. I'm not the biggest fan of Kikyo, but I don't hate her. The series is an incredible fun watch, with a solid story line and lovable iconic characters. All the characters are lovable idiots and I hope to one day have character profiles on the site someday... My favourite characters are Miroku and Shippo, they always have been lmao. Hanyo no Yashahime is the sequel anime, and it does get better, the first 10 episodes are just slow as hell, especially compared to the beginning of inuyasha. The soundtrack is also incredibly stellar. Treat yourself to listening to "Fukai Mori" the second ending theme for Inuyasha.