"There's no such thing as a painless lesson-they just don't exist. Sacrifices are necessary. You can't gain anything without losing something first. Although if you can endure that pain and walk away from it, you'll find that you now have a heart strong enough to overcome any obstacle. Yeah... a heart made Fullmetal." - Edward Elric.

Fullmetal alchemist is a classic anime, loved by many, including me. I don't know where to start with this one, it's one of those YTV anime that I've just known of since seemingly the dawn of time. I would watch clips with my friends and read the manga, I remember coming back to school the neck day after reading that one Hughes scene. I also was a big fan of replaying the demos for the PS2 games included in the playstation magazine demo discs, I hope one day to own the games, as they're quite fun (at least to me, I'm easily impressed). Also, my height complex and this show... Fullmetal Alchemist tells the story of Edward Elric and Alphonse Elric, two brothers who meddled in the human fate of death trying to bring their late mother back to life with Alchemy, only to fail the human transmutation and pay the toll of Ed's arm and leg, and Alphonse's entire human vessel. The story follows the two brothers through their journey to reclaim their old bodies back, while also unravelling the secrets of the nation of Amestris, and the struggles of everyone in that time.

It would seem silly to talk about fullmetal alchemist without mentioning the fact that there's two anime series, it might have even set the stage for the current era of seemingly infinite series remakes we are witnessing now (in terms of anime, at least). THe first series, Fullmetal Alchemist (2003) started production not long after the beginning of the manga, meaning the story had yet to finish. Even though the author, Hiromu Arakawa, had written the story with the ending already in mind, so she could wrap up the series nicely and have a point to work towards, she decided that rather than having the 2003 series somehow work that point, she would allow the writers to write a different story, and thus the series changes tracks from the manga halfway through. The second anime series, Fullmetal Alchemist Brotherhood, often is the series people will recommend first as a sort of ultimate Fullmetal Alchemist experience, as it follows the manga storyline. Personally, I enjoy both series equally, and the both have special moments unique to them. I'd recommend either series, but Brotherhood is definitely a must watch for the sake that it is closest to the manga (I can also recommend the manga). The series means a lot to me, and is definitely one of my favourite anime of all time. 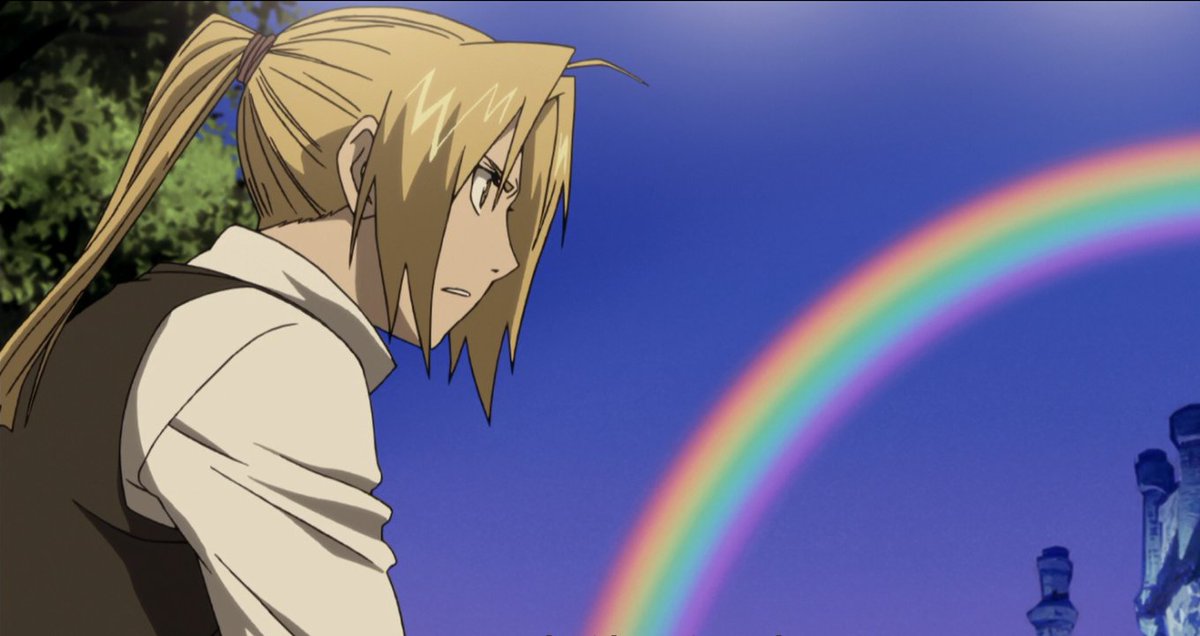